We take you through an insulation Inspection during house remodel near UofL’s campus.  We do these inspections before drywall gets installed whenever we completely re-build of houses, and this one is very close to UofL’s campus in Louisville.  We also show you some historic newspapers we found hidden underneath the original flooring! 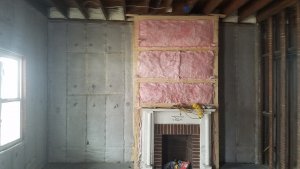 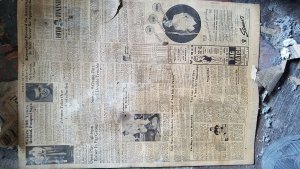 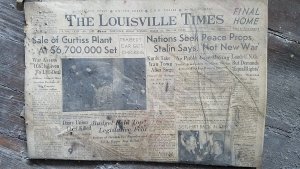 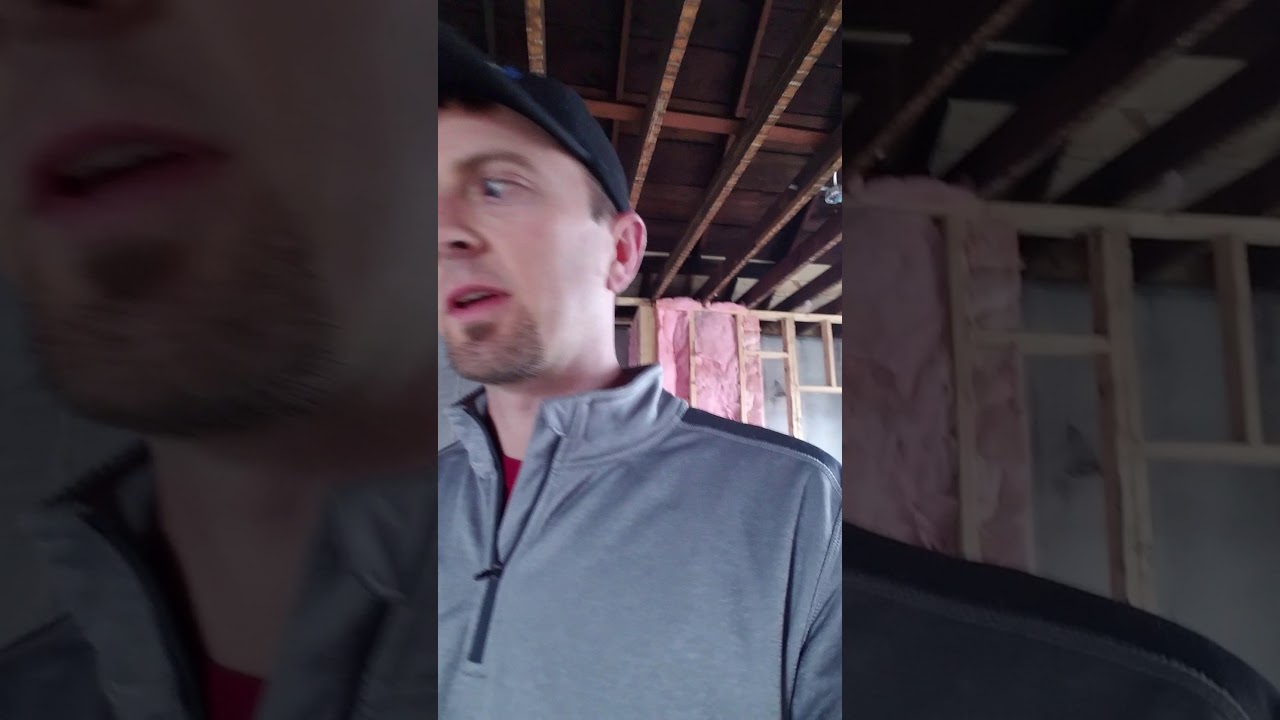 Eric: Alright, folks. House number two over on M Street is ready for sheetrock. We got insulation in today. I’m standing upstairs in one of the bedrooms. I’m just doing my pre-drywall inspection right now, walking through the house. There’s a couple little things I still need to get done, caulking windows and what not, but it’s looking pretty good on this one. We did the dense-pack cellulose insulation in the walls again, same thing as we did in the other house.

I wanted to show you something cool I found today. We were taking up some of the old flooring, and actually there’s some of it left down here. I don’t know if you could see that or not, but it kind of looks like a big area rug. That’s actually like a vinyl floor that’s really thick. When I pull it up, it kind of looks like this. Anyway, underneath this floor that was in that bedroom over there, I pulled it up and found a bunch of old newspaper that was almost in mint condition. You always find cool stuff in old houses. This is one is from the Courier-Journal from July 9, 1944, which is basically when this house was built. This is the sports section of the Courier-Journal. You never know what you’re going to find in here. Just thought that was a little cool thing that we found.

I’m going to walk you through real quick. Two bedrooms upstairs, bedroom one. I was just standing in the second bedroom. This over here is the laundry room behind me, and then this right here is going to be the upstairs bathroom. Then, walking down the steps, we’ve got a big living room, bunch of junk that needs to come up, get thrown out of here. We got the original fireplace here. We’re just going to paint over the brick and the mantle. I actually had a cable outlet and an electric plug put in up at the top so they can install a big screen up on top of the mantle or whatever they want to. This is your big living room area here.

Again, the living room is open to the kitchen, kitchen area over here. This is the side door. There’s 318, the other house that we’re doing. Again, on this one, we did spray foam insulation up in the rim joist and cellulose all up in the walls. I’m standing where the kitchen’s going to be. That’s the downstairs bath with shower, and then these are the two back bedrooms.

Here’s what I was talking about. You take up the old flooring, and you’ve got all this newspaper down here. This is what they used to do back in the day before they had underlayment like they do now. Look at some of this stuff, 1946, March 22nd, Louisville Times, Berlin Faces Dark Future. Pretty cool stuff. How’d you like to buy a wedding ring, a diamond, for 50 bucks? The fun you have renovating old houses.

I’ll give you an update again next week once we get drywall up. Drywall’s finished over nextdoor. We got flooring going in right now, so moving along. Going to be ready to rent here pretty soon. See you next time.

Thanks for being there when we needed you!  I thoroughly enjoyed working with you, and you made the process of selling the family home so easy!  While dealing with so many other things associated with losing a loved one, this is one I didn’t have to worry about!  You and your team professionally assessed the home, offered a fair price, and gave us the flexibility we needed to close on the home.  We appreciate your vision for our home, and look forward to seeing the updates. I highly recommend your services, and would definitely use your services again!

This was a great experience dealing with Louisville House Buyers. They came in did exactly what he said he would do. Made us an offer and explained the offer, the process and procedure. Everything went just like they said. They were very generous with time issues.  They gave us the opportunity to set the date we wanted to turn the house over to him and they left us with no conditions, just like he promised. I would advise anyone that chooses to go this route trying to sell their house to let Louisville House Buyers handle it. Great to do business with! 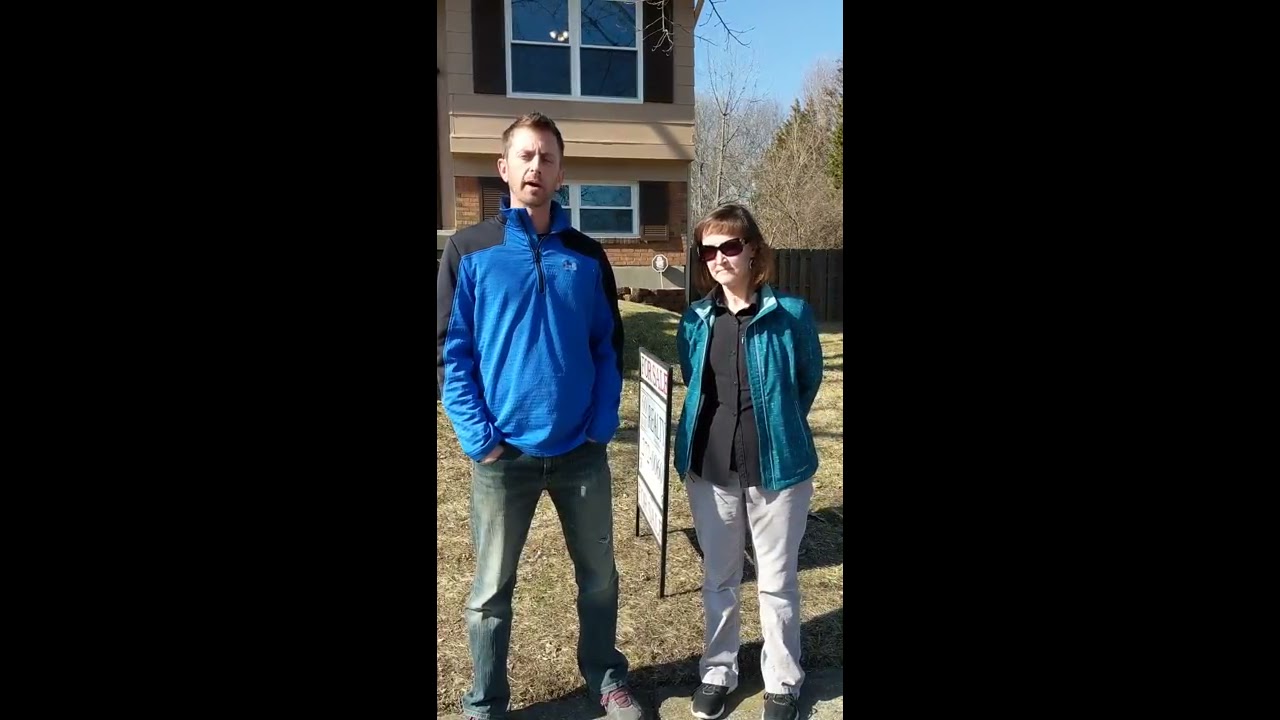 “Trusting Eric with the renovations gave me a lot of peace.  He really honored my dad’s legacy with the way he handled everything, and I trusted him not to use it as a rental, but to flip it and give another family a chance to make new memories in this house.  He did a great job with contractors. There’s a lot of integrity, and I would trust selling another house to him and let him handle it.  He did a very good job and was very professional and compassionate along the way, which is important when dealing with the death of a loved one. “

Other Areas We Buy Houses

Get Your Fair Cash Offer: Start Below!